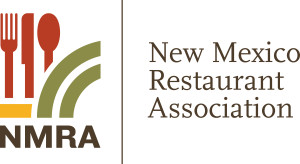 The program began with awards for New Mexico’s ProStart Program which is administered by the Hospitality Industry Education Foundation (HIEF). The ProStart Program is a high school curriculum that teaches culinary, management and hospitality education in 32 high schools in New Mexico. Students completing the program have trained over 400 hours and are well-equipped to enter the workforce in the hospitality industry. The National ProStart Teacher of the Year for 2012 is Unna Valdez from Sandia High School. Ms. Valdez was recognized for her contributions to culinary education as well as her work abroad in research and education. Sandia High School was recognized as the 2012 Culinary Team and their students competed in the National ProStart Student Invitational in Baltimore earlier this year. Silver High was recognized as the 2012 Management Team. They also competed in the Invitational. The 2012 Hospitality Cup also went to Sandia High School. The cup is presented to the school with the best overall score in state competitions.

Recipients of Hospitality Industry Education Foundation (HIEF) scholarships were also recognized at the dinner. HIEF awarded $22,500 in scholarships to students pursuing a career in hospitality this year.

The Manager of the Year recognizes outstanding managers who are the team leaders in a restaurant establishment. This year’s recipient of Manager of the Year is Ignatios Patsalis from Tomasita’s Restaurant (Santa Fe). Patsalis was recognized for his hospitality, dedication to food safety and community involvement.

Restaurants wouldn’t be complete without good food. The Chef of the Year award is given to recognize chefs who provide excellent cuisine as well as excellent service. Carmen Rodriguez, Executive Chef of La Posada de Santa Fe (Santa Fe) was honored as Chef of the Year for 2012. In addition to his numerous years of contributions to the Santa Fe culinary community, Chef Rodriguez was also noted for his contributions to the community and opening the door for future Hispanic chefs.

Restaurants are strong supporters of the communities in which they reside. Nine out of ten restaurants contribute to a community service project or fundraiser on a regular basis. The Restaurant Neighbor Award honors a restaurant that is a good neighbor in their area and has had a significant impact on the community. This year’s recipient was Chris Christy of Black Mesa Coffee Company (Albuquerque). The business, which operates in the Albuquerque Sunport, is an active supporter of the Lukemia and Lymphoma Society through its Operation Gingerbread House fundraiser. They also encourage employee participation in many other charitable causes creating a corporate culture for giving back to the community.

The highest honor a restaurateur can achieve in New Mexico is Restaurateur of the Year. New Mexico is home to such a great variety of restaurants that it is difficult to choose a winner each year. C.W. “Buddy” Ritter, owner of the Double Eagle de Mesilla and Peppers (Las Cruces/Mesilla), is the 2012 recipient of Restaurateur of the Year. Mr. Ritter was honored for his longtime contributions to the community and for his leadership in the hospitality industry.

The New Mexico Restaurant Association’s mission is to empower the food and beverage industry by promoting and protecting common values and interests. It has more than 1,000 members in 111 cities all over New Mexico, who join together for meetings, seminars and the hospitality industry awards to honor the industry’s top achievers. It has actively represented and promoted the food service industry in New Mexico since 1946.