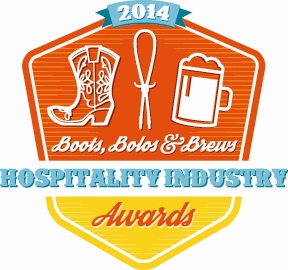 (Albuquerque, NM) The New Mexico Restaurant Association will be presenting their annual Hospitality Industry Awards for Restaurateur, Manager, Chef, and Restaurant Neighbor of the Year on September 24 at the Hotel Albuquerque in Albuquerque.

“The New Mexico restaurant industry is known for its hospitality and service worldwide. We gather together each year to acknowledge this service commitment by honoring the very best of our industry. It is just a small token of our appreciation to these people who make our industry so special”, said Carol Wight, CEO of the New Mexico Restaurant Association.

Your nomination is a wonderful way to honor those who have demonstrated exceptional professionalism and dedication to the industry. This is your opportunity to honor a colleague’s hard work, great attitude, and exemplary customer service shown throughout the year.  Recognize those ideals and actions that keep the restaurant and hospitality and industry thriving in New Mexico!

Once the nominations are received, we will be posting the nominee names on NMRA’s Facebook page. Winners will be selected by a committee of industry peers, whose decisions will be influenced based on voting from our Facebook page.

Every nominee will also be invited to the awards dinner on September 8, 2014, so they can be honored for their outstanding work. You may nominate as many people per category as you wish. Please use a separate nomination form for each person nominated and each category.

Restaurateur of the Year

Chef of the Year

Manager of the Year

This award allows owners, managers, supervisors, and co-workers the opportunity to reward employees who have given exceptional service to guests, the community, and the hospitality industry. There are two sub-categories for this award and two awards will be given, one for each sub-category:

Each nominee must be someone who:

Including Restaurateur of the Year

At a gala evening themed “Boots, Bolos, and Brews” we celebrated all things “New Mexico”. The biggest focus of the though, was on the people of New Mexico—our award nominees and winners. Our winners in each category are listed below.

Pictures and additional biographical information are available by contacting Dionne Wright-Bower using the contact information above.

Restaurateur of the Year – the highest honor a restaurateur can achieve in New Mexico is. This award has been presented every year since 1967. The winner is chosen based on their contribution to the advancement of the industry and involvement in their communities. The 2014 winner is Pat Hafner of Outback Steakhouse (Statewide Locations).

Restaurant Neighbor Award – honors a restaurant that is a good neighbor in their area and has had a significant impact on the community.   Restaurants are strong supporters of the communities in which they reside. Nine out of ten restaurants contribute to a community service project or fundraiser on a regular basis. The 2010’s state winner, Steve Paternoser, of Scalo Northern Italian Grill, was chosen as the National Restaurant Association’s Cornerstone Humanitarian of the Year for 2013. He presented the 2014 Restaurant Neighbor Award winner to Bill Scott and Jon Patten of Dion’s (Statewide locations).

Employee Excellence Awards – recognizes the numerous contributions employees make to a business to ensure its success. These are the employees that represent the backbone of our industry, and are instrumental in the success of any restaurant.

The Back of House Excellence Award:

The Front of House Excellence Award:

The program also included awards for New Mexico’s ProStart Program which is administered by the Hospitality Industry Education Foundation (HIEF). The ProStart Program is a high school curriculum that teaches culinary, management and hospitality education in 35 high schools in New Mexico. Students completing the program have trained over 400 hours and are well-equipped to enter the workforce in the hospitality industry. The ProStart Teacher of the Year for 2014 is Glenda DePaula from Pojoaque High School. Gadsden High School was recognized as the 2014 Culinary Team and Sliver High was recognized as the 2014 Management Team. Both teams competed in the National ProStart Student Invitational in Minneapolis earlier this year. The 2014 Hospitality Cup also went to Cloudcroft High. The cup is presented to the school with the best overall score in state competitions.

As an arm of The NM Restaurant Association, HIEF awarded $16,000 in scholarships to 10 students pursuing a career in hospitality this year.

About the New Mexico Restaurant Association:

The New Mexico Restaurant Association’s mission is to empower the food and beverage industry by promoting and protecting common values and interests. It has more than 1,000 members in 111 cities all over New Mexico, who join together for meetings, seminars and the hospitality industry awards to honor the industry’s top achievers. It has actively represented and promoted the food service industry in New Mexico since 1946.  For more information on NMRA, visit nmrestaurants.org.