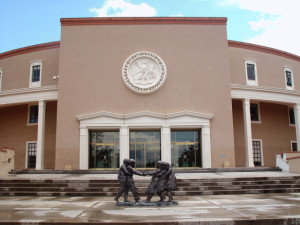 The 2015 Legislative Session from My Point of View:
Carol Wight, NMRA CEO

The crack staff at NMRA kept up with exactly NM Legal and Regulatory Alerts that in some way would have effected restaurants. Thank you to Allison Smith our awesome lobbyist!
Here are a few winners and losers in the 2015 legislative session.

Winner! Even with a budget shortfall we managed to get an additional $1.25 million for tourism in the state budget making the overall spend for marketing the state $9.83 million.

Special Mention:
HB482 Reduce some Unemployment Benefits
We would like to thank Representative Larry Larranga for his courageous support of the UI bill to reduce some unemployment benefits. This law would have lowered some of New Mexico’s generous UI benefits and helped the UI fund replenish faster so employers are not burdened with huge UI bills forever.
HB498 State Preemption of Wage and Leave Laws
We would also like to thank Representative Nate Gentry for his support of a law that would have prevented wage and leave laws being made in every jurisdiction in the state.
HB 75 Right to Work with reasonable minimum wage.
We would like to thank everyone who worked on the Right-to-Work law. Too bad the Senate democrats would not put this legislation to a vote on the floor. I was surprised how many of our members put this legislation at the top of our priority list in a recent survey. It was just behind minimum wage on or priority list.

We Defeated 9 Minimum Wage Bills ranging from $8.60/ hour to $15.00/ hour.
We spent many hours talking to legislators about our philosophy on minimum wage.
Mandating wages is not sound economic policy but if you must:
#1. Make it reasonable for employers and employees.
#2. Make it a state law. Don’t allow every municipality to make their own laws. It’s too confusing to keep up with 7+ different minimum wage laws and counting (Santa Fe, Albuquerque, Bernalillo, Santa Fe County, Las Cruces, New Mexico and Federal). Cities are not equipped to administer wage laws.

This is not a report of all 100 bills but gives you a flavor of what your association does for you.