2021 Restaurateur of the Year 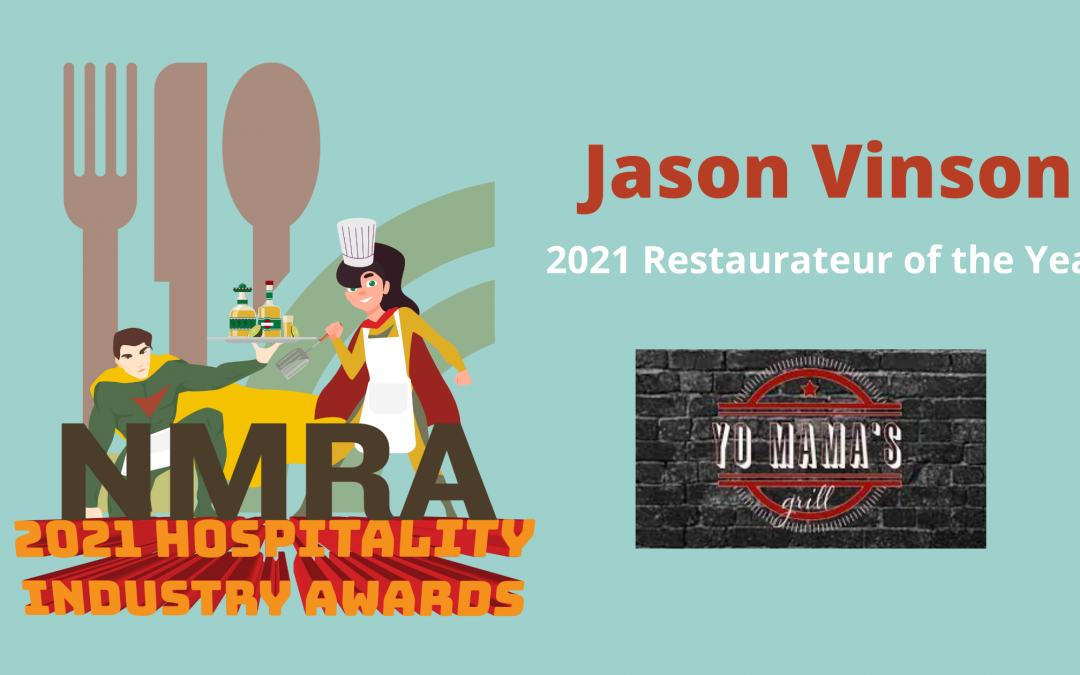 This year’s winners started early in the NM restaurant industry.  One partner started as a dishwasher straight out of high school at Cattle Baron and eventually moved up to management at other restaurants.  Years later, he’d share his superpowers by traveling to struggling restaurants from Oregon to Florida and help to turn them around by focusing on retraining staff and revamping menus and décor.  In 2015, a lifelong dream was realized when a partnership was formed to open their own restaurant in Socorro, New Mexico.  They became a superhero duo. As partners and operators of Yo Mama’s Grill, this year’s winners led their staff and helped their local community. The restaurant sponsored many local sports teams, dance troops, medical charities and community arts programs, and one owner even sewed custom masks for employees and others in need.  During the pandemic, their Health and Safety Guidelines were adopted by the mayor and used as a benchmark for all restaurants in the area.  Their superpowers of loyalty, camaraderie, and caring leadership have served us all.  Congratulations to the 2021 Restaurateur of the Year winners, Deidra and Jason Vinson of Yo Mama’s Grill.

About Yo Mama’s Grill

Looking for somewhere to eat? Here at Yo Mama’s Grill we have a wide selection of american food to choose from and we’re located right in Socorro. Find out about our mouthwatering food, like our desserts. Be sure to check us out to find out more about our feature meals.