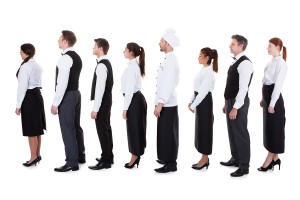 Jerry Harrell, NMRA Chair of the Government Affairs Committtee, recently sent the following letter to the editor regarding HR 800, Card Check Legislation being considered in the US Senate.

I just heard about HR800 passed by the House and currently being considered by the Senate.  This is the “card check bill”.

Union bosses will be able to visit employee homes and force people to check a card and certify a union without an election.  Currently, the method to determine if employees want a union is a private ballot election overseen by the National Labor Relations Board. Detailed procedures are used now ensuring a fair election, free of fraud, where employees may cast their vote confidentially without peer pressure or coercion from unions or their employers.  Since when did the secret ballot become un-American?

As if that’s not enough, HR800 would allow only 90 days to settle on a contract.  After that, the union forces the employer into government- sponsored mediation.  30 days after that, a government-appointed arbitrator would set the final binding terms of the contract.  So, there are no real negotiations.  Just a waiting period for terms to be specified.  And, you think those terms will be favorable to the employer?  You think jobs are moving offshore now?  You think prices have risen lately on all sorts of goods? The unions have done such a good job in saving the US auto industry and steel industry.  What will happen when they get their hands on the industry you work in…?

Now, I’m for employee’s right to form a union but I’m not for allowing coercion and intimidation from unions or employers.  Giving control of every step of the process to unions is just nuts, too.