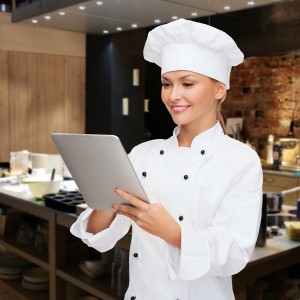 The City of Albuquerque has adopted the 2009 FDA Model Food Code. NMRA was in favor of the adoption of the Model Food Code but we were opposed to the nearly double increase in inspection fees. However, the new ordinance in its entirety was passed on October 4, 2010.

The unincorporated area of Bernalillo County adopted the 2005 FDA Model Food Code in April of 2010.

On behalf of the board and members of the New Mexico Restaurant Association I would like to thank you for the work you do on behalf of the citizens of Albuquerque. You may be aware that NMRA has worked for two years negotiating the proposed changes to the City Food Code (0-10-18).

While we support many of the proposed changes, including the latest science-based food code, please be aware that we are less than enthusiastic with the almost doubling of inspections fees. We understand that the City has budgetary shortfalls and needs to make the department a revenue producing enterprise. However, I hope the council would take into account that restaurants in Albuquerque have recently experienced:

All compounded by the fact that sales and traffic levels in Albuquerque restaurants remain soft. The City should be doing all they can to help businesses succeed in these rough economic times. I think it is of particular interest that restaurants outside of Albuquerque pay the state $200 annually for inspections.

It appears that both NMRA members and the city might benefit if the department was merged back with the state department. The upgrade to the 2009 food code will be a huge learning curve for most restaurants. The city is going from a 1988 food code to the 2009 code. That’s almost 20 years difference.

The burden on many restaurants will be significant; from menu labeling requirements, to establishing new policies and procedures, and training and educating employees. I would hope the department will use the new ordinance as an educational opportunity and not a way to punish or fail restaurants.

This ordinance allows for a re-inspection fee if restaurants fail an inspection. We would like to know what procedures will be initiated by the department as protection from possible abuse of this section of the ordinance. We must remember we do not have a food-borne illness problem in Albuquerque.

The New Mexico Restaurant Association does our best to keep restaurant owners and employees abreast of the latest safe food handling procedures. We must take this opportunity to work together for the betterment of the industry. Thank you for your time.