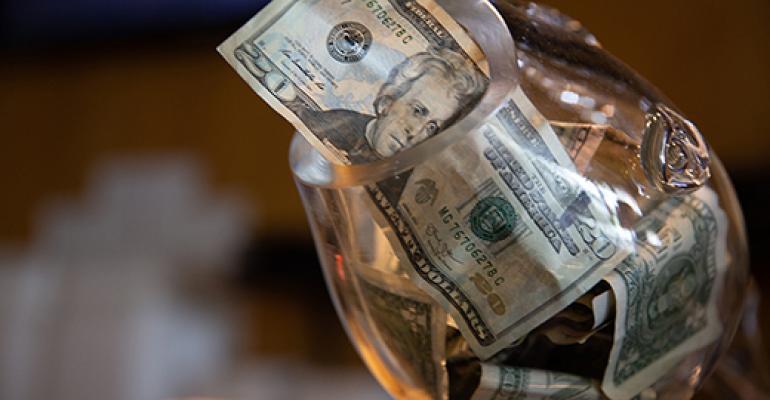 The U.S. DOL just issued a proposed rule that seeks reinstate the Obama-era 80/20 interpretation of the Department’s dual jobs regulation to address the application of the FLSA’s tip credit to tipped employees who perform both tipped and non-tipped duties. Specifically, it proposes that if an employee performs work that directly supports tip-producing work for a substantial amount of time – that exceeds 20 percent of all of the hours worked during the employee’s workweek or exceeds 30 continuous minutes – “that worker is no longer performing labor that is part of the tipped occupation.” The proposal goes on to clarify that employers may not take a tip credit for work that is not part of the tipped occupation.

The Association is on record opposing the arbitrary “80/20” rule and was strong proponent of the Trump DOL final rule that restored much needed clarity to employers and employees regarding the dual jobs function. Assigning arbitrary caps and attempting to micromanage restaurant work at the level of task assignment has led to mass compliance burdens and unnecessary and costly litigation. Restaurants attempting to emerge from the pandemic on solid footing should not be saddled with impossible compliance and legal challenges that the reinstatement of this so-called rule would create. The Association will file comments, which are due on August 23, 2021.

The U.S. Department of Labor (DOL) issued a final rule solidifying tip credit issues under the Fair Labor Standards Act (FLSA).  The rule becomes effective 60 days after its publication in the Federal Register.1

The rule addresses two key areas.  First, it incorporates legislative changes to the FLSA related to tip ownership, even when employers do not apply a tip credit toward employees’ wages. Second, it adopts the DOL’s 2018 opinion letter that clarified the scope of the dual jobs regulation and eliminated the so-called 80/20 Rule.

In the Consolidated Appropriations Act (CAA) of 2018, Congress amended the FLSA to provide that “[a]n employer may not keep tips received by its employees for any purposes, including allowing managers or supervisors to keep any portion of employees’ tips, regardless of whether or not the employer takes a tip credit.” It also permitted employers that did not take the tip credit to require employees to share tips with back-of-the-house employees or other non-managers through a mandatory tip pool.

The new rule conforms to the CAA, permitting an employer to exert limited control over tips in circumstances where an employer: (1) promptly distributes tips to the employees who received them; (2) requires employees to share tips with other eligible employees; or (3) facilitates tip pooling by collecting and redistributing tips to eligible employees in a tip pool by the next regularly scheduled payday. In these circumstances, under the CAA and now this rule, the employer does not unlawfully “keep” tips.

Furthermore, the rule codifies the DOL’s April 2018 Field Assistance Bulletin stating that “supervisor” and “manager” are defined as those managers who meet the duties test of the FLSA’s executive overtime exemption under 29 CFR § 541.100(a)(2)-(4).  The rule also follows the CAA in prohibiting forced sharing of tips with persons owning 20% or more of the business, as defined by 29 CFR § 541.101.

Perhaps most important, the rule adopts the DOL’s 2018 guidance that employers are permitted to compel tipped employees who are paid at least minimum wage (and thus no tip credit is taken) to share tips with non-tipped employees (such as cooks and dishwashers), so long as the tips are not shared with supervisors, managers, or the employer itself.

The rule and CAA further provide that a violation of the tip ownership provision can subject employers to penalties for repeat or willful violations.

Employers should be aware that many states have their own rules that place restrictions on who can participate in a tip pool.  With respect to employers that are governed exclusively by the FLSA, however, this portion of the new rule is a relatively non-controversial update to bring the regulations into conformity with the CAA.

The Department of Labor’s (DOL) Wage and Hour Division (WHD) has published updated guidance on when tipped-employees are working dual jobs – its latest effort to clarify what side-work tipped employees are allowed to perform under the Dual jobs and related duties in Section 3(m) of the Fair Labor Standards Act (FLSA). Here is the latest from the United States Dept. of Labor:

Accordingly, WHD will no longer prohibit an employer from taking a tip credit based on the amount of time an employee spends performing duties related to a tip-producing occupation that are performed contemporaneously with direct customer- service duties or for a reasonable time immediately before or after performing such direct-service duties. Employers remain prohibited from keeping tips received by their employees, regardless of whether the employer takes a tip credit under the FLSA. In addition, employers electing to use the tip credit provision must ensure tipped employees receive at least the minimum wage when direct (or cash) wages and the tip credit amount are combined. If an employee’s tips combined with the employee’s direct (or cash) wages do not equal the minimum hourly wage of $7.25 per hour, the employer must continue to make up the difference.

The FLSA generally requires covered employers to pay employees at least a federal minimum wage, which is currently $7.25 per hour. An employer may pay a tipped employee 1 a lower direct cash wage and count a limited amount of the employee’s tips as a partial credit to satisfy the difference between the direct cash wage and the federal minimum wage (known as a “tip credit”). When an employer employs a worker in both a tipped and non-tipped occupation, such as a server job and a maintenance job, the tip credit is available only for the hours the employee works in the tipped occupation. In this dual job scenario, the employer may take a tip credit for the time that the tipped employee spends performing duties related to the tipped occupation, even though such duties are not by themselves directed toward producing tips. For example, a server who also cleans and sets tables, makes coffee, and occasionally washes dishes or glasses is engaged in duties related to a tipped occupation, even though the server is not tipped for these related duties.

Accordingly, an employer may take a tip credit for any duties that an employee performs in a tipped occupation that are related to that occupation and either performed contemporaneously with the tip-producing activities or for a reasonable time immediately before or after the tipped activities. To clarify this, the Department has issued WHD Opinion Letter FLSA2018-27—formally rescinding its previous interpretation setting a 20 percent limit on related, non-tipped duties—and revised FOH 30d00(f) to reflect WHD’s interpretation of 29 C.F.R. § 531.56(e) as provided in the opinion letter. Under the revised FOH 30d00(f), WHD staff will determine whether a tipped employee’s non-tipped duties are related to the tipped occupation by using the following principles:

The revised FOH 30d00(f) incorporates these principles. WHD staff should apply them in investigations involving non-tipped duties performed by tipped employees on or after November 8,
2018. As a matter of enforcement policy, WHD staff should also follow the revised guidance in FOH 30d00(f) in any open or new investigation concerning work performed prior to the issuance of WHD Opinion Letter FLSA2018-27 on November 8, 2018.4

The Department of Labor (DOL) proposed a new 80/20 rule and tip pooling regulation.

First, the proposed regulation, if finalized, will permit employers to take a tip credit regardless of the amount of non-tip generating work (such as cleaning tables or folding napkins) a tipped employee performs as long as it is performed contemporaneously with his/her tipped duties, or within a reasonable time immediately before or after performing tipped duties.

Background: After Congress passed the Consolidated Appropriations Act 2018, which amended section 3(m) of the Fair Labor Standards Act (FLSA), employers have been waiting for the DOL to issue a new rule on the tip pooling amendments and tip credit applications. Under the existing rules, employees are entitled to receive at least the federal minimum wage from their employers. However, the FLSA allows employers to apply a “tip credit” towards reaching that direct minimum wage amount by counting a limited amount of tips from their tipped employees.

These “tipped employees” are those who customarily and regularly receive more than $30 per month in tips. But if the tipped employee engages in non-tip generating work, like cleaning and prep work, for more than 20 percent of the shift, that employee is entitled to the full direct payment of the federal minimum wage without tip credit deductions.

The 80/20 rule has forced employers to pay the full minimum wage to employees who also garnered pooled or individual tips. Accurate recordings of time spent on tip generating vs. non-tip generating work is a hotbed for much litigation and a primary reason employers wanted further guidance from the DOL. The DOL admitted that the 80/20 rule is “difficult for employers to administer and causes confusion.” Now, the newly proposed rules would authorize an employer to apply a tip credit regardless of the amount of time that a tipped employee performs non-tip generating work during the shift, so long as the work is performed “contemporaneously with” the employee’s tipped duties, “or for a reasonable time immediately before or after performing the tipped duties.”

Current federal law requires tipped employees retain all their tips unless their tips are distributed through a valid tip pool. Those allowed to share in the tip pool are limited to tipped employees, regardless of whether their employer uses a tip credit as part of their compensation. Currently, a tip pool may not, “for any purposes,” include employers, “including allowing managers or supervisors to keep any portion of the employees’ tips.” The new proposed rule does not change these tip pooling procedures for employers who do take a tip credit—they may continue to have a traditional tip pool that is exclusively for “employees who customarily and regularly receive tips.” The DOL’s proposal also stands firm on its previously held position that employers, managers, and supervisors may not keep or share in the tips or pooled tips of its employees.

However, the newly proposed rule would expand the tip pool for employers who do not take a tip credit. Back-of-the-house employees, who do not traditionally receive direct tips, would be able to participate in and receive a cut from the tip pool. The DOL explained back-of-the-house “employees [also] contribute to the overall customer experience, but may receive less compensation than their traditionally tipped co-workers.” The DOL stated that it hopes this proposal will “help decrease the wage disparities” between the traditional tipped and non-tipped workers—an issue that many employers are battling with in trying to fill back-of-the-house positions.

Employers’ Bottom Line: If finalized, the DOL’s newly proposed rule will bring clarity to the 80/20 debate and foreclose some of the related litigation. Additionally, employers who do not take a tip credit may be able to make back-of-the-house positions more attractive by allowing those employees to receive additional income through tips. Note, employers should consider the laws of the states in which they do business and whether they have adopted any rules similar to or more stringent than the proposed federal 80/20 and tip pooling rule. The DOL’s proposed rules are not yet final and will be available to the public for review and comment for 60 days, until December 9, 2019.