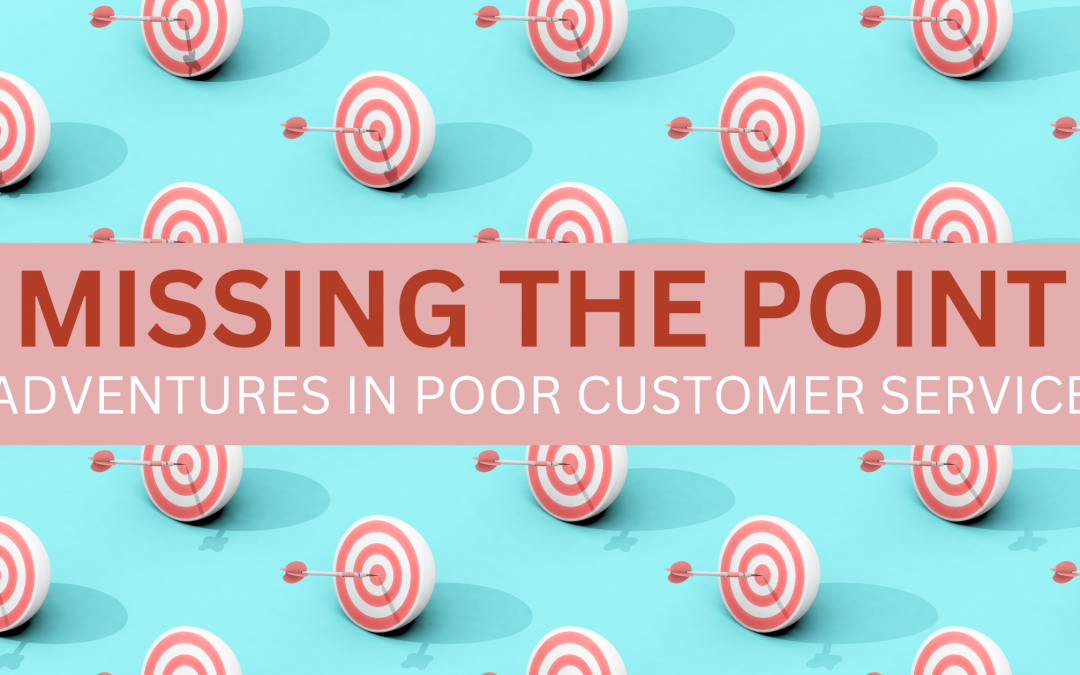 There was a coupon for a free pizza from a local pizza joint, which looked like a winner. I’ll share my experience with you. The conversation that follows may not be exact, but it is close.

“I’ve got a coupon for one medium, but I’d like to order two.”

“Uh, you’ve called the wrong place, I’ll give you the right phone number”.

“What do you mean I’ve called the wrong number? I called the number on the coupon.”

“I’m looking at the coupon right now. I called your number right from the coupon.”

“Excuse me? It is a red coupon with this phone number on it!”

“Oh! You’ve got a red coupon! Ok. We have a delivery store that has coupons that don’t go here. I thought you had one of those.”

Silence. “Ok, for the one pizza, I’d like a gourmet vegetable pizza. And for the free one, I’d like hamburger and mushrooms. “

“We don’t have hamburger.”

“You don’t have hamburger?”

“Ok, I’d like pepperoni and mushrooms on the free pizza.”

“It is against company policy to add a third topping to a free pizza.”

At this point I was beginning to feel like I was back in the army. Why was a simple, pleasant phone call so frustrating?

When I picked up the pizzas, I couldn’t resist asking again why I couldn’t get tomatoes on the free pizza even when I was willing to pay for it. The night manager again repeated that it was against company policy to add a third ingredient to a free pizza regardless of pay.

After thinking about this overnight, I decided to call the owner to tell him about the situation. I was sure he wasn’t aware that a manager was taking a company policy too literally and was sabotaging a free coupon designed to attract new customers.

I explained to the owner that I had been in the restaurant business, that I wasn’t looking for anything free, and I really wasn’t even calling to complain, just to make him aware of a couple of things.

After explaining the situation to the owner, he surprised me by saying that all of his company policies were in place for a reason. That since his pizzas were $20 for a medium, his charge for additional toppings were nominal. Since he was already giving a $20 pizza away, he couldn’t afford to give away the extra toppings too. Customers used to add 3, 4, and 5 extra toppings and he was losing too much money. He started the no extra topping policy to prevent that from happening.

I suggested that he could have a separate price list for extra toppings for free pizzas. I didn’t think anyone would mind paying even $5 extra or more for a topping when the pizza was free. That would satisfy the customer and the restaurant would be making money at the same time.

He responded that he had owned the restaurant for 22 years, he got 3,000 customers each week and only had about one complaint every month. “Overall, we do a pretty good job. My managers cannot change any policy that I have made. I’m convinced that is one of the main reasons that I have been able to stay in business so long. I’m not going to start changing now.”

I could imagine what happened when the manager showed up for work. I’m sure the owner told her of the “problem” customer who called and how he “backed” up the manager. I’m sure he had a smug look that he had “won”.

What do you think? I know what I think. That money for this promotion was wasted. When you’re trying to build sales by getting new customers, don’t allow short term policies to override long term common sense. Not only will I not go back, I will also tell everyone about my experience there. Trying to build business with an asinine blind allegiance to a short sighted policy caused the loss of at least one customer and who knows how many others. And for what?

By concentrating on the policy rather than the spirit is shortsighted and misses the point of customer service completely. Use common sense to review your policies for improvements and adjustments. Your customers will appreciate it and you just might find your sales growing.