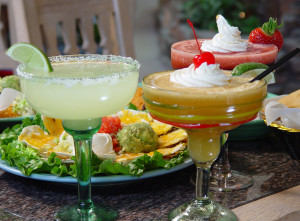 In September the Alcohol and Gaming Division of the Regulation and Licensing Department released updates to their rules relating to serving alcohol to minors and serving to persons who are obviously intoxicated. Three hearings held by the division in Albuquerque, Las Cruces and Santa Fe heard hours of testimony from both sides of the issues and resulted in the following changes to the rules. Links to the actual text of the rules follow this article.

Rule  15.10.51.11  Sales to Intoxicated Persons
There are two changes to this particular rule, the first change increases the amount of time between a patrons last drink and the time that person registers a .14 BAC on a breath or blood test from one hour to ninety minutes. This, in effect, increases the window of responsibility for that patron’s actions by thirty minutes. The rule change that was originally proposed by the division opened this window to two hours and changed the standard of proof from presumptive evidence to per se evidence.
The second change to this rule makes it a violation of the liquor control act for a licensee, agent, lessee or employee to consume alcoholic beverages on the licensed premises while on duty or to be present on the licensed premises while intoxicated. There are two exceptions. First there is an exception for consuming alcoholic beverages before business hours for the purpose of evaluating products or for product training. The second exception allows for a licensee, lessee or designated manager to consume alcoholic beverages during business hours to evaluate beverage quality. In either case, the person allowed to consume an alcoholic beverage may not become impaired. The original proposal excluded the exceptions and stated that a licensee, lessee or employee could not consume alcoholic beverages while on the licensed premises.

While these rule changes are stringent, and difficult for many people to agree with, lobbying efforts and testimony at the hearings did result in some victories for license holders. First, we were able to get the point across that a change in the window of responsibility to two hours was too long and second that changing the standard of proof from presumptive evidence to per se evidence would leave a license holder virtually defenseless.
Our second victory was in getting the point across that the proposed rule change made it unclear that a server had to have knowledge that the person being served was obviously intoxicated. We appreciate the language that was added to clarify that the licensee must know or have reason to know that the patron is obviously intoxicated.

Third, we were able to point out that there should be exceptions to the rule that prohibits license holders from drinking on the premises. While this rule wasn’t drafted exactly as we would have liked, the key element of this rule change is that a license owner who consumes an alcoholic beverage on the premises may not become impaired and must not be the person on duty responsible for determining whether or not a guest is imparied.

Another rule change we opposed was a rule that would allow the director of the alcohol and gaming division to refuse to renew a license if the director had reason to believe the establishment was detrimental to the health, safety and welfare of the community. We argued that there were sufficient remedies through public nuisance laws and ordinances. I noticed that that proposed rule change did not make the list.
The tightening of these rules should not affect the responsible license holders who work every day to assure their policies and procedures lead to the safe and conscientious service of alcoholic beverages.
Thank you to all of the members who showed up at the hearings to tell your stories. If you have any questions or comments concerning these rule changes please e-mail them to akuper@aklobby.com.