The Hospitality Awards – Past, Present and Future 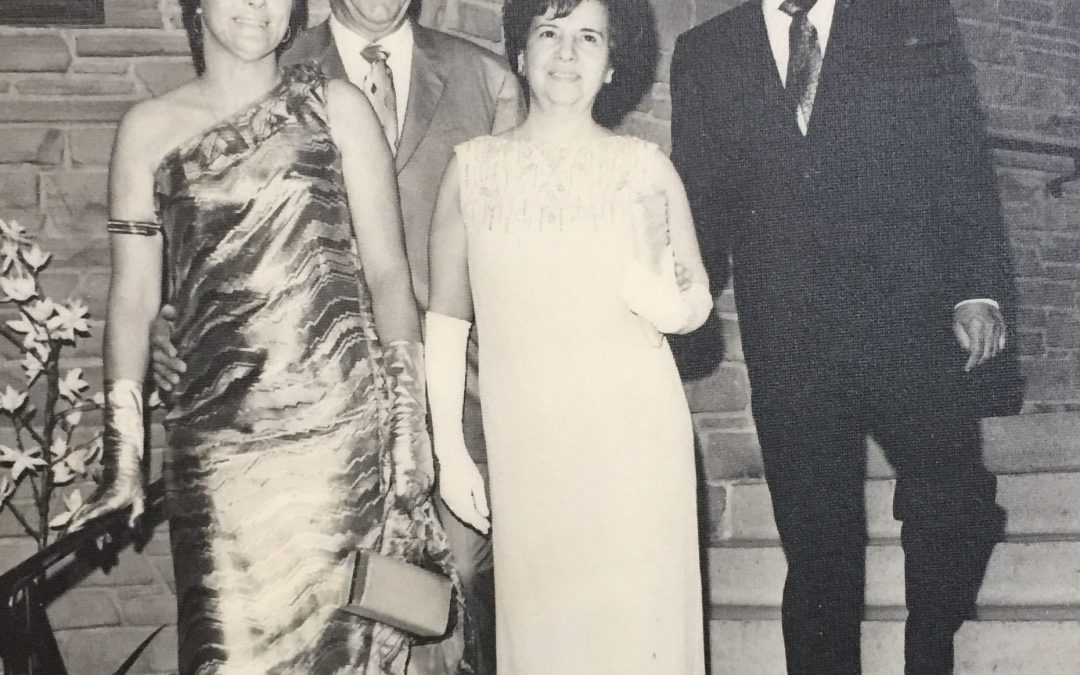 The Hospitality Industry Awards – Past, Present and Future

NMRA’s Hospitality Industry Awards, the biggest and hottest industry event is a one-of-a-kind awards ceremony celebrating restaurants and their employees and the future of our industry with nominees from across the state.

We have been celebrating our industry at this annual gala since 1967. It all started in 1946 when Cecil Draper, Jack Chaney, C.D. Gibson, Gus Bruskas, Viola Sponduris, and A.C. Corondini, voluntarily associated together for the purpose of forming a private educational corporation called the New Mexico Restaurant Association. 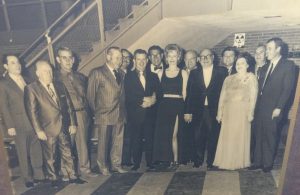 The past few decades NMRA also began to recognize our students excelling in our education and scholarship programs, and with that came celebrating the Educator of the Year, the high school culinary program, ProStart Champs and the Hospitality Industry Education Foundation Scholarship recipients.

How do YOU become the next VIP of the year?

Restaurateur of the Year: This is the highest honor a person can receive in the New Mexico restaurant industry. To be eligible, the nominee must: Contribute to the advancement and prestige of the foodservice industry; Be actively engaged and employed in the foodservice industry for a minimum o fthe past three consecutive years; and, be committed to community service.

Chef of the Year Award: To be eligible, the nominee must: Contribute to the advancement and prestige of the foodservice industry; Be actively engaged and employed in the foodservice industry for a minimum of the past three consecutive years; and, be committed to community service; Demonstrate leadership, creativity, and culinary excellence in their workplace, and exemplify remarkable guest service, mentorship, and quality inside and outside the kitchen.

Recent Chef of the Year winners were: 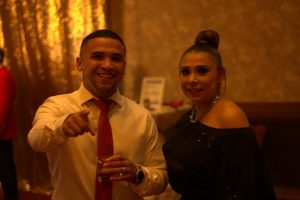 A few of the past year’s Manager of the Year winners include:

Restaurant Neighbors in the past have been:

In 2013, Steve Paternoster of Scalo Nothern Italian Grill was nationally recognized as National Restaurant Association’s Cornerstone Humanitarian of the Year, the first in New Mexico to make the list. He also took home the NMRA Restaurant Neighbor of the Year in 2010.

Each year we have brought special custom awards such as Heroes that Serve in which we honored those in the industry who have served our Country, State and their communities. For our 70th Anniversary, we presented the Legacy Awards to those restaurants that have been in business for 40 years or longer.  We’ve also celebrated the Bartender of the Year, with a Bartender Competition at one of our previous events as well as commending All Things New Mexico.

This year, we are excited to celebrate with a prohibition-era, 1920s, Gatsby themed night celebrating “New Mexico’s Most Wanted”. 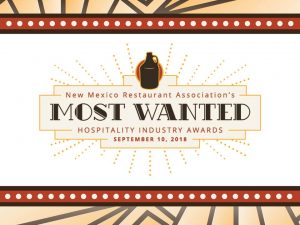 This is THE Gala of the year, with food worthy of the most discriminating palates and samples of New Mexico’s best wine, beer, and spirits as we give special “People’s Choice” awards for the public’s favorite brewery, distillery, and winery! And, of course, the announcements of the Chef, Manager, and Restaurateur of the Year! We will also recognize ourEducator of the Year and 2018’s New Mexico ProStart champions!

We are proud to announce that Gubernatorial candidates Steve Pearce and Michelle Lujan Grisham will be joining us and will say a few words of encouragement to all of our nominees!

It’s going to be a FANTASTIC evening at the NMRA Speakeasy and we hope that you will join us on September 10th at Embassy Suites.

You can get your tickets and purchase tables to the 2018 Hospitality Industry Awards on our website at www.nmrestaurants.org. Ticket sales end on August 31st and they are selling out quickly! You don’t want to miss this!

Can’t make it to the event this year? Follow our Facebook page – New Mexico Restaurant Association stay updated on pictures, videos, and announcement of the winners!