Year in Review: What has the NMRA Done for You 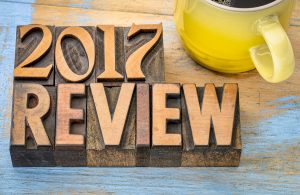 2017 was an eventful year for the New Mexico Restaurant Association. A year of transitioning to new national leadership and acknowledging the many accomplishments of local restaurateurs. In January we faced a 60-day legislative session with everything from minimum wage to preemption of minimum wage laws being considered. In March, high school ProStart teams from across the state gathered at the Santa Fe Convention Center for the annual ProStart Invitational. One team in each competition category went on to compete nationally in South Carolina. Then in May, the NMRA partnered with other organizations fought and beat the soda tax in Santa Fe. This bill had passed in numerous other cities across the country. On Sept. 11, industry leaders gathered in Albuquerque to honor heroes who served at the Annual Hospitality Industry Awards. Lastly, after a long fight, the misleading ABQ sick leave ordinance was narrowly beaten by less than 800 votes. The NMRA is here to help the restaurant industry succeed through advocacy, workforce development, and education.

Every year high school students gather to compete for a spot at the National ProStart Invitational sponsored by the National Restaurant Association Education Foundation. 27 schools from around the state competed in the management and culinary competitions. Cloudcroft High School won the management competition with their concept restaurant “Mariana’s”. Santa Fe High School won the culinary competition with an Italian fusion menu. Over $3.2 million  in scholarships was given to the first, second, and third place teams from each category from various event sponsors. Click here for more info.

A two-cent-per-ounce soda tax was rejected in Santa Fe in May. A bill introduced by Mayor Javier Gonzales would have implemented the tax city-wide to help fund pre-k school programs. The NMRA partnered with other organizations to help stop this initiative. The public voted against this initiative in a 58% no vote.

The Hospitality Industry Awards brought together over 450 industry leaders to celebrate their accomplishments and honor our heroes who serve. Winners from four categories were commended for their contributions to the industry. Brian Bailey from Domino’s Team Bailey was recognized as the 2017 Restaurateur of the Year. Chef Marc Quinones of Hotel Andaluz was honored as Chef of the Year for 2017. Andy Twomey of the Black Mesa Coffee Company was named the Manager of the Year. To end the night, Larry and Dorothy Rainosek from Frontier Restaurant and Golden Pride were presented the Restaurant Neighbor Award. Over 150 entries were submitted for these awarded, all of which were talented and deserving individuals.

One of the most notable events of 2017 was the successful campaign against the ABQ sick leave bill. This bill was written by out-of-state lawyers and was seven pages of misleading language. The New Mexico Restaurant Association was a leader in the opposition coalition. Voters in Albuquerque saw the harm that this bill would cause business owners and narrowly voted against it with less than 800 votes separating for and against. The fight against sick leave is not over in ABQ, city counselors are currently creating another bill to present to the public.

Overall, 2017 was a great year for NMRA and New Mexico’s hospitality industry. Stay tuned for what 2018 has in store.