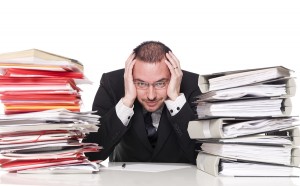 NMRA’s Board of Directors volunteer their time to strengthen our Association and protect your interests. Understanding the increases and nuances of unemployment taxes can be a headache. Our online webinar will help you begin to navigate the issue, but it is good to have an advocate representing NMRA to our regulatory agencies. Recently, two of our Directors, Kathy Diaz and Deb Gagnon,  attended a stakeholder’s meeting regarding the new unemployment insurance rate structure. We are lucky to have them on the front lines. Here is what Kathy Diaz reported from the last meeting:

Several industry-specific associations were represented, and the discussion was broad and lively. A few business owners who have been hugely impacted by the new rate structure presented their stories, providing real examples of some of the negative consequences from this change. Secretary Bussey and her department heads listened well. Here’s a summary of the issues raised during that meeting.

WHY DID THE FORMULA CHANGE?

Prior to the “Great Recession” of 2008-09, the New Mexico Legislature had voted repeatedly to retain the lowest tier Contribution Schedule for SUT, to the benefit of employers, because:  1) there were relatively few Benefits paid, due to low numbers of claims, and 2) the Unemployment Insurance Fund (UIF) had become very flush over the previous years.  Beginning in late 2008, and escalating dramatically, both of those facts changed:  1) the number of claims increased as businesses made adjustments to survive the economic downturn and Congress extended the length of those claims to 99 weeks, and 2) the UIF began depleting rapidly ($575 million in 2008 to $20 million in 2012) as Employer Contributions were still so low.  (Note: since the federal mandate for extended benefits expired, NM has reverted to the state’s original benefit period of 26 weeks.)

The NM Legislature was politically reluctant (afraid) to raise rates until 2013, when the UIF had sunk so low that it breached the “solvency floor” and did not have funds available to pay 18 months of projected Benefits.  The Feds (Dept of Labor) were breathing down our necks, ready to declare the UIF insolvent and to impose a federal loan, much higher rates, or worse. The new system was created, passed by the Legislature in 2014, and implemented for 2015 to avoid worse immediate consequences, to refill the UIF, and to make Employer Contributions more realistic and sustainable.

The new Employer Contribution rate calculation closely resembles an insurance premium rate calculation. It is based on each employer’s own claims’ benefits ratio in the most recent 3 full years multiplied by a Factor which ensures replenishment of the overall UIF in the necessary time period.   So, an employer’s rate is:

The old “Reserves” account attributed to an individual business and applied to a table of rates (the more reserves you had accumulated, the lower your rate) was eliminated. Now your rate is based solely on your last 3 years Unemployment Insurance experience and the overall health of the general UIF.  So, if you: 1) have been in business a long time and had built up a substantial “Reserves” account, 2) are a relatively small business and 3) had a claim or multiple claims in the last 3 years, even though you hardly ever had claims before that – you got whacked!

The Factor is the multiplier in the new formula and is seen by many employers as the culprit in their higher SUT rates. Many of the employer reps at the meeting expressed their desire for the Secretary to reduce the Factor from the present 4.0 and cited wording in the law stating that the Secretary selects the Factor value. Secretary Bussey and her Deputies explained, however, that the new statute actually curtailed the amount of Legislative and Bureaucratic discretion allowed in determining SUT rates. While the statute does place the responsibility for setting the Factor value in the Secretary’s hands, it also stipulates what the Secretary must base the decision on – including an actuarial analysis of UIF reserves adequacy (is there enough money on hand to pay predicted future benefits?) and a specific grid tying the degree of reserve adequacy to a certain Factor number. Further, the actuarial analysis must be based on UIF reserves $$ on hand as of June 30 for each year. This year, for instance, when the analysis was done to determine the 2016 Factor, the actuary found the reserves to still be inadequate as the balance was about $60 million as of June 30. The Secretary knew that the bulk of the contributions would be paid in July and October (and the balance now is over $200 million) but the law requires that June 30 be used as the fund data date.  Therefore, per the actuary and the adequacy table, the Factor for next year will still be at 4.0, the maximum.  But the outlook for 2017 is much better as the actuarial analysis for that year will use UIF data as of 6/30/16, and the find balance is expected to be well past the current $200 million by that time.

Secretary Bussey and the Deputy Secretaries who were at the meeting listened to several suggestions on ways to make the new system less harmful to smaller employers – and made suggestions of their own.

1)  Marshall, Deputy Sec for the Adjudication Bureau, has been doing workshops and webinars for employers on controlling UI claims and how to prepare for rebutting an unemployment claim. (He’s already done one for the NMRA and is willing to do more. He is also working on putting more information on claims control on their website that might help an employer reduce the number and/or cost of benefits awarded.

2)  A suggestion was made to adjust the formula in a way that would reduce the impact of one or two claims within a 3 year period for those smaller employers who had a longer history of no claims. Joy Forehand, Deputy Sec for the Statistical Bureau, agreed to explore that option.

3)  A suggestion was made to shift more of the burden for replenishing the UIF to employers with long histories of abusing the program by consistently having a higher benefit ratio than the rate cap of 5.4%.   There is already an “excess claims” penalty of 1% max that is added to employers’ rates when their ratios within the 3 year period are high, but that additionally punishes the small employer with a single, recent claim in 10 years. Joy Forehand agreed to explore statistical ways to separate the truly bad actors from the “long-time-between-claims” small employer.

4)  A suggestion was made to tighten up the monitoring of claimants who are supposed to be looking for work while receiving benefits. The on-line, self-reporting monitoring system does not control or verify that claimants have really applied for work, perhaps prolonging the length of the unemployment claim and making it more costly to the employer. Perhaps a unique identifying number or code for each employer to share with a valid applicant could be assigned which the claimant would have to provide on-line to verify they have really sought work.

5)  Secretary Bussey asked for everyone to hang in there until the Factor gets reduced. While no reduction from the maximum of 4.0 will happen for 2016, we were assured that a noticeable, if not significant reduction will be seen for 2017, as cash in the UIF is growing at a good rate.

6)  Employers may also be able to work out an alternative SUT payment plan, if that would be helpful, by contacting the Secretary’s office.

Note:  You can link to the newly published rates here.